Your Salary is Only Someone’s Opinion of Your True Value

…Because you’re worth way more beyond your salary pay-check!

If you’ve worked for a company for some time now, then you’ll have gone through the annual performance appraisal a few times already. It’s a nervous time of the year as the result of this meeting, which assesses how you performed the previous years, determines your salary earning for the next 12 months. It’s the time for employees to show their stuff like a lawyer presenting his opening case remarks in front of the judge.  Usually, managers have conveniently forgotten the great stuff their staff have accomplished over the past 12 months.  Yet all we’ve been complaining about is being overworked and underpaid. We accepted a salary when joining the company in the hope that it would balloon out over time. It’s time for the company to ‘SHOW ME THE MONEY’! What happens in the following weeks, is shear torture within ourselves: ‘am I gonna get a raise?’, ‘how much?’, ‘I hope my bonus is 50% bigger than last year….because I deserve it!’.  ‘No-one else could have achieved what I did’; ‘I worked much harder than so-and-so, and it’s not fair the other guy got more than me last year…boy I’ll show them this time!’  The new salary slip arrives; your face turns red and your blood starts to boil. Does this sound familiar?

Don’t worry, a salaried job and paycheck is only what someone thinks of you.  You see, the gap between what you think you’re worth and your paycheck, is called a ‘disagreement’.  It’s only someone’s opinion of you. 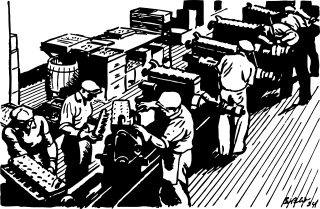 The reality for the vast majority of us who work in a salaried job is this: you are renting your time in exchange for money. Broken down into it’s most basic form, employee salaries for jobs are like how factory workers are paid.  You are paid for your time except you don’t have to account for your time with a time card! Unfortunately, daily life in the proverbial ‘rat race’ is working for your pay-check beyond official or contracted ‘office hours’ sometimes without overtime just to make ends meet at the end of the month. You get up each morning, suffer the commute (twice a day in fact!), taking orders, giving orders, exhaustion, pay bills…little savings left, little time for anything else, get up the next morning and do it all over again. Do well, you might get a bonus. But performance targets go up each year, and you are reset to zero. Sooner or later, you’re working harder tomorrow for what you were being paid yesterday.

There are 2 areas that are happening in the background that has a huge impact on getting what you think you’re worth.

Having spent over 20 years in corporate and the numerous times in compensation review committees, I can share a little of what goes on behind closed doors when we roll up the numbers. Big companies have put this down to a science through sophisticated processes but still with the human factor involved to allow flexibility for discretionary ‘adjustments’. Principles are the same though.

Your pay on what you think you deserve as an increase is relative to the performance of your colleagues and the marketplace. In normal language, your ‘job well done’ depends on other people’s ‘jobs well done’. All employees are after a share of the salary pot, and any increases and bonuses are ‘calibrated’ depending on the company’s performance and those of its employees. What you think you deserve is never clear cut. And it is never ‘fair’. Bigger companies will have a ratings calibration such that the percentage of outstanding (10-15% population), normal, and below-standard performance ratings (5-10% population) on employees nets out on an average spread of distribution ‘bell curve’—and it shifts up or down depending on the company performance. Remember in college, a class or course grading system had a bell curve? Same concept. Certain people will get ‘outstanding’ purely to meet the quota and force the distribution curve. And the unfair few will be forced on an ‘underperformance’. There is still the human factor which will swing a vote on one employee versus another. A review committee, though it’s aim is to be objective and impartial, is always going to have a swing vote of one employee’s performance versus another just to meet the quota and achieve the distribution curve on performance ratings. Take an extreme theoretical example: if a company does amazingly well, and all employees played their part amazingly well, 10-15% will get a greater share of the money than others; and 5-10% will get less than the average, just to meet the bell curve. So your pay is not an absolute true reflection of your performance, nor your potential value. It is subject to a lot of subjective things. Someone may swing a vote to your favour, or not. It’s just someone’s opinion. 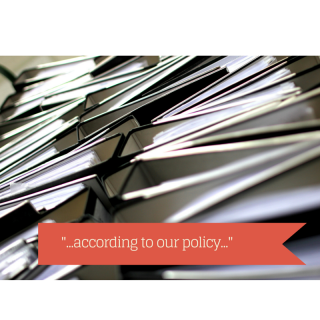 The workings of a company is very inefficient. Lots of employees, lots of departments, lots of overlaps, bureaucracy, layers, etc. The company revenue and expense line actually has to pay for these inefficiencies: a company needs to run on its operating systems and business model, payroll, etc and sustain itself until a new direction or cost measures are taken. What does this have to do with you? Well, part of the pay-check of what you think you deserve on a great job well done, is actually going to some lazy people in the company! You are actually paying for people, structures and inefficiencies that don’t perform outstandingly well—and it’s out of the salary you could be getting. Now this is a bit extreme you may think, but it’s true, expecially in ‘heavy’ companies with huge structures and thousands of employees. In recent times, more and more companies are adopting a leaner approach. It just makes smart business sense, both in operating efficiencies, outsourcing, and….fewer and fewer people required to do the job that was done yesterday. Departments are more streamlined, reporting lines flatter and the unfortunate surplus is no longer needed. This is not short term down-sizing even, with the hope of a wave of re-hiring in better times. This is a new way of operating for companies, big and small. Case in point: Microsoft.

Those that remain are ‘lucky’ they can keep their job. BUT….the company now needs fewer people to achieve the same or higher results. Don’t you feel that your job is working you harder and harder each year? Companies strive to operate with minimal necessary costs to get higher, more efficient top-line revenue, and bottom-line growth from a lower cost base. But the employee suffers. While you still have a pay-check, you are being squeezed more and more. If you don’t like it, there’s someone else waiting in line for your job. Technological advancements is also helping companies work more efficiently, and forcing people out on the street. The flip side is that there are more and more job displacements, or ‘structured unemployment’: highly educated and qualified people that can’t find a job. It’s unfair but that’s the reality of the new age we live in…and the change is just going to get faster and faster. The media calls the era we are heading into, ‘the age of exponential growth’. Every change that use to occur 10-20 years, can now be achieved in just a few years if not months.

The reality of your pay-check and salary growth, of what you think you’re worth, is that your money is in competition with your colleagues, and you’re paying for the inefficiencies of how a company operates.

So what are your options? Best one, if you want to get exactly what you deserve, is to become an entrepreneur. Do you want to be receiving the pay-check, or writing the cheques? Entrepreneurship is not for everyone, but it can be. There’s no guarantee of a safe, secure paycheck at the end of the month, although the thought of that’s going away too. But it does pay you exactly what you’re worth, and the rewards are bountiful in the end.

If you really want to know what’s going on with pay-checks and job security, and the options available to us, you need to CLICK HERE and receive a **FREE 50-Minute BUSINESS MOVIE DOCUMENTARY FILM** from me on how the world is changing and what the future holds to the traditional ways of earning a living.

Thanks for taking time out. Was this valuable? Did you learn something new? If so, why not share it with someone else who might also find value in it. You can also follow me on FaceBook or Twitter by clicking the links at the bottom of the page, or feel free to post a comment below on what you liked best.

‘Climb your mountain..and see what’s on the other side’!